What to do when it's cold outside...COOK!

Today I awoke to a rainy, overcast day. I LOVE days like this! But it was a bit chilly and I get cold easily. Right now it’s about 54 degrees outside, so I decided the best way to keep warm is to cook something. I thought about making Popovers using this recipe. That way my oven would be on and it would warm up the house. But then I remembered the Mexican popover…the tortilla!

I haven’t made tortillas in years, but it sounded like fun. I tried to make them from memory. When I was a girl we used to make tortillas all the time, flour and corn. Nowadays I can just drive a few blocks to our local grocery store, but growing up, we always lived on the ranches my dad worked for and they were all miles and miles away from stores. So we made stuff from scratch.

Here’s a picture of the finished product. And rolling these out does warm you up, so does cooking them. 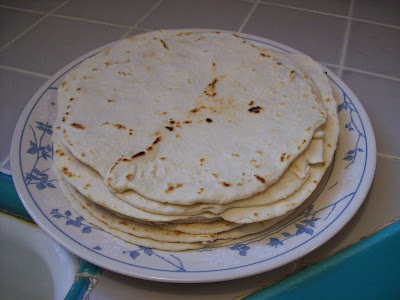 Since I made them from scratch I kind of had to estimate what I used. The recipe below will make about 10 10-inch tortillas.

2 cups Flour (I used Pillsbury All Purpose Flour)
½ cup shortening (I used Crisco, but when I was a girl we used Lard)
1 tsp salt
1 ½ tsp Baking Powder
¾ to 1 cup warm water

In a large bowl first combine the flour, shortening, salt and baking powder. Using your hands, breakup the shortening, mixing it with the other ingredients. Then add water a little at a time until the dough gets kind of sticky and comes together. Then knead it until its smooth and elastic. I like to transfer it to my the wooden board I’m going to use to actually roll out the tortillas and knead it there. Then you separate the dough into little flat balls as shown below. 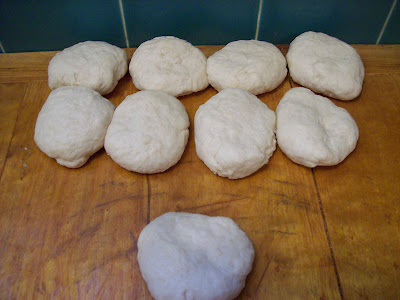 Before you start rolling out the tortillas, get your comal ready by placing it directly on the stove with medium heat. A picture of my comal is shown below. This one was given to me by my mother many years ago. It’s been used so often (though not by me J) that it has started to crack. My son uses it regularly for toasting hamburger buns and making quesadillas. If you don’t happen to own a comal, you can use a non-stick frying pan. 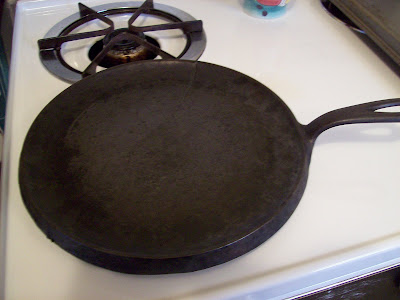 Here's a video showing how to roll out the tortillas and then step by step pictures. 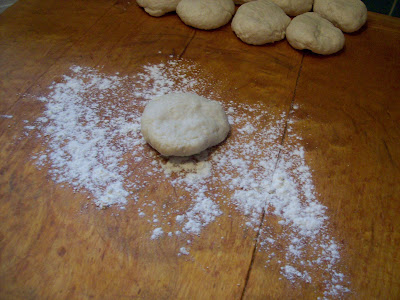 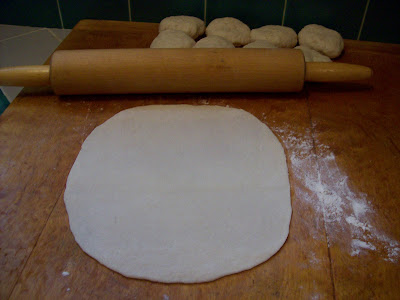 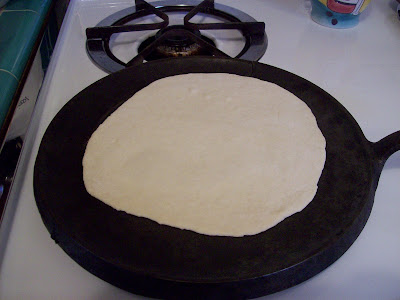 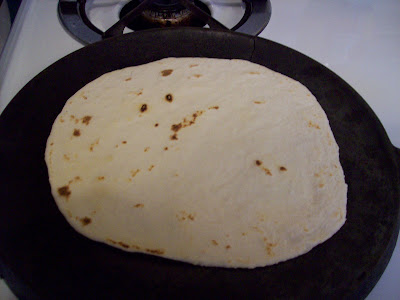 So that’s it. It’s really simple and a nice treat. Now I’ll be honest, I prefer store bought tortilla’s, but it is fun to make them and it gives you bragging rights cause not too many people make homemade tortillas.