I don't know why, but lately I've been on a cooking kick. Not a good time for a cooking kick since today and yesterday were our first full days of over 100 degree weather!

It's 102 outside right now! And I'm in here slaving over a hot stove...with an ice cold bottle of Michelob Ultra of course,! Hey, I don't have to suffer that much!

Yesterday I made some chicken and had three big breasts left over! Mom had gone shopping and found bell peppers on sale so she bought me 6! 3 Red and 3 Yellow ones and they were ripe! What to do with them, what to do?

I decided that I would make some Chicken Fajitas. You would think being that I am Mexican that it would be no problem, but I had never made Chicken Fajitas...so I went to YouTube and found a video by an Englishman by the name of Warren Nash.

Seriously! An Englishman from Nottingham, England who posted a video on how to make Mexican Chicken Fajitas with Mexican Mariachi music playing in the background! I fell in love with this guys accent and the way he said Oregano! So I followed his recipe. An Englishman taught this Mexican to make Fajitas!

First I prepped all my food. Chicken breast cut into strips, hence the name fajitas as fajitas is Spanish for strips. Then cut up onion the way Warren did it, then bell pepper. 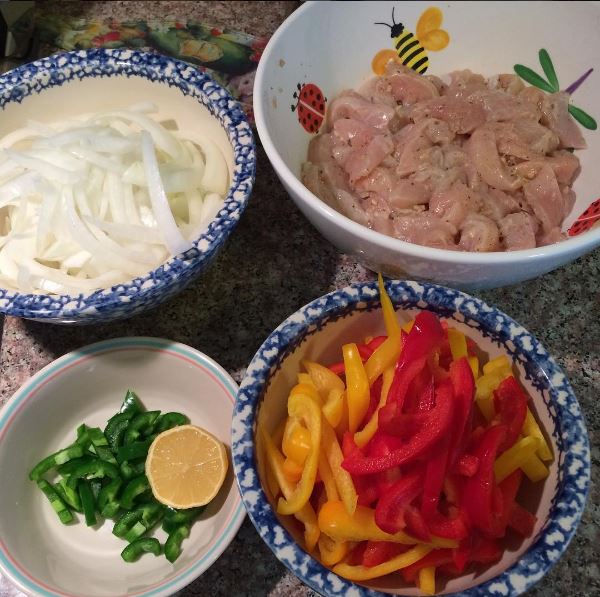 While I was cutting up my veggies I marinated the chicken in a bowl with some Olive Oil, the juice of one lemon (I had no lime, sorry Warren), Cumin, Oregano, Salt and Pepper. I changed 2 things from Warrens recipe, I added no sugar since that adds carbs and I added the diced garlic in so that it would marinate with the meat.

Then it was time to get cooking! First I added Olive Oil to my favorite pan and added the onions. I stirred these lovelies for about 10 minutes. Oh the aroma!!!! My poor mom came by to look in the pan and I told her, wouldn't you love to just put a spoonful of these in a torilla and just eat it? She HATES, DETESTS, DESPISES Onion! She looked at me like I was nuts and said "I wouldn't touch those things even with that wooden spoon!" I guess I don't have to share with her then, do I?

While they were caramelizing I decided to do something different from Warren, just cause I was feeling the Mexican blood boiling in my veins from the scent of the onions and I tossed in some chopped Jalapeno. Next time I'm leaving the seeds in! 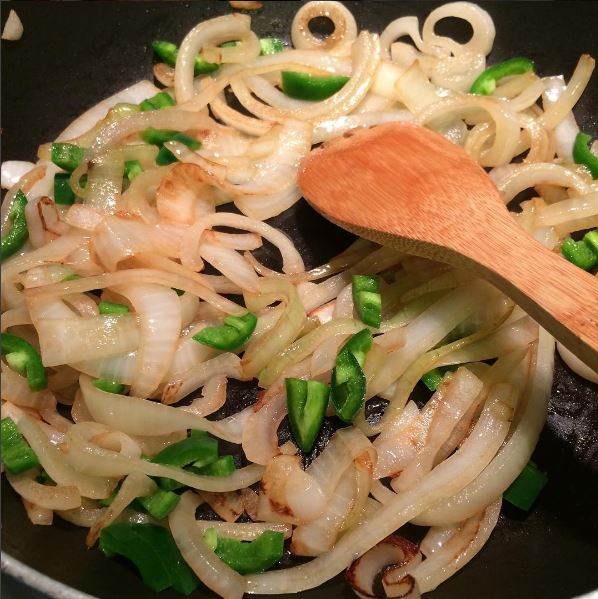 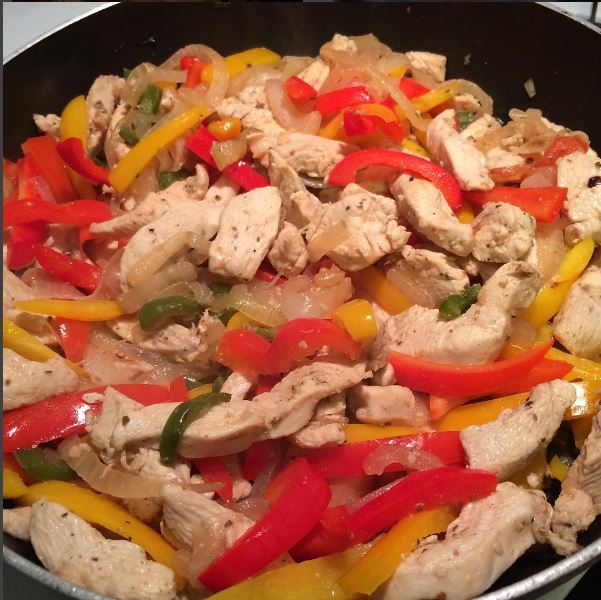 You can see that the onions are almost translucent in the photo above, I wanted them caramelized. But live and learn right? So I added the peppers and stirred and stirred, doesn't take long, maybe 10 to fifteen minutes since the chicken is sliced thinly into "fajtas"!

Voila! Chicken Fajitas as taught to me by Warren Nash, a Nottingham Englishman! Not bad for an Englishman and a Mexican right? 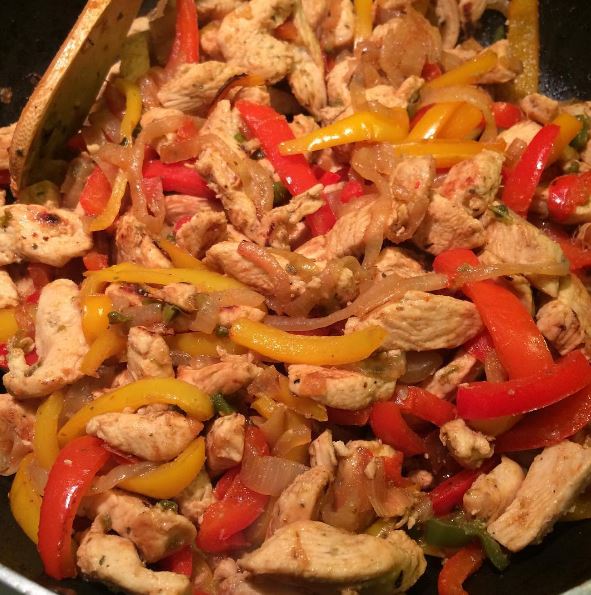 But no one had to teach me how to eat these babies! Just heated myself up a low-carb tortillas, added fajitas and guacamole...oh yeah, wait! I made guacamole. Just a simple one. Normally I add Jalapeno and Diced tomato but I wanted the Fajitas to be front and center. 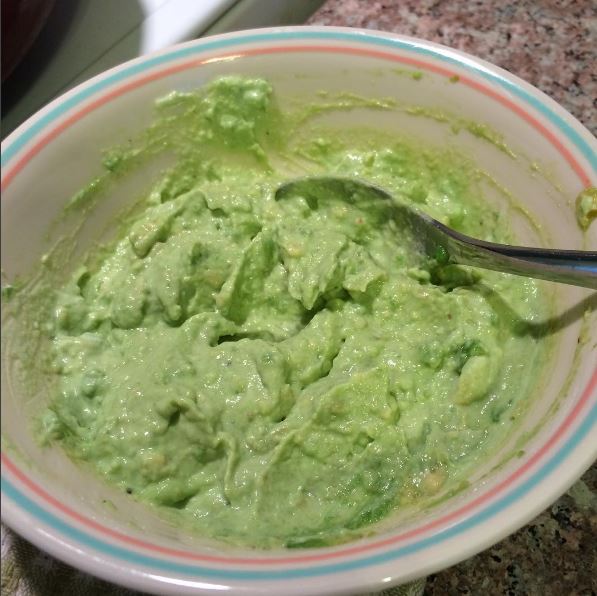 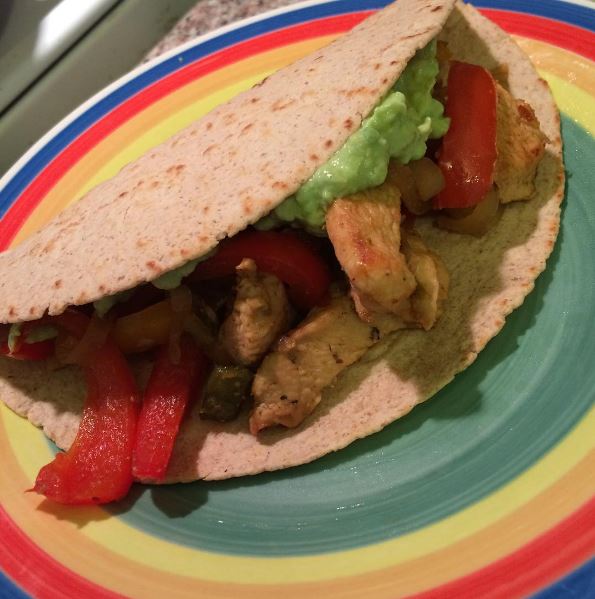