Well, I have quite a few pictures to share about yesterday's Halloween fun, but first let me start with our office Halloween Party. This is only the 2nd potluck they have had since I've been there and we really enjoy them, not sure why we don't have more.
Here's some pictures of the food. I took my broccoli salad, and I'm going to post pictures and the recipe in the next post. Angelica took an Ambrosia Salad, Michele made Monster Stuffed Bell Peppers that were really cute, Mary brought a Green Salad with a ranch-salsa style dressing and Anna brought her yummy Chicken Enchiladas with her Avocado Salad.
First, Angelica's Ambrosia Salad. It had miniature marshmallows, slivered almonds, shredded coconuts, whipped cream and Jello pistachio pudding. It's such a beautiful color, I love this picture! 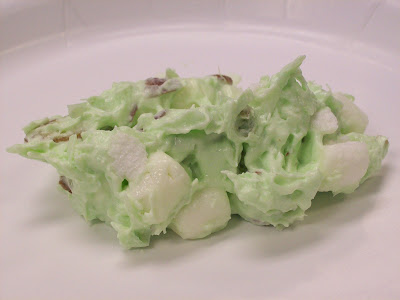 Michele really went all out. She made some Monster Stuffed Bell Peppers, which were bell peppers that were dressed up with tongues and eyes and horns. Here's some before and after pictures. She was worried that after they were baked they would be ugly, and they were, but that made them look even better cause then they really did look like Monsters! 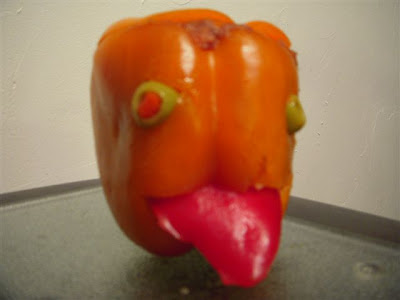 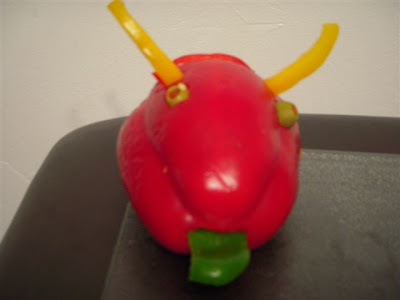 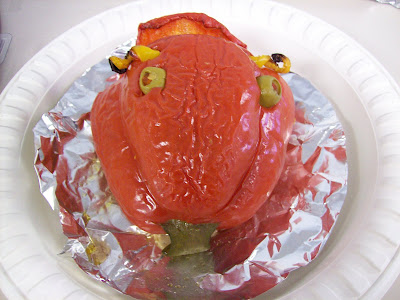 And here's a whole little family of them. Michele even grew these peppers, they're from her own garden! Michele says she simply made the stuffing using ground beef and a little bag of meatloaf seasoning, simple and soooo eye appealing! 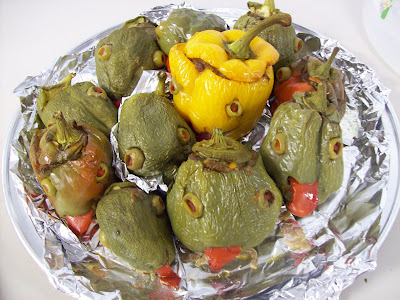 Anna made some yummy Chili Verde Shredded Chicken Enchiladas. She used canned Chili Verde and boiled her chicken. She seasons the chicken after she shreds it. She serves them with her avocado salad made with chunks of avocado, tomato and red onion. 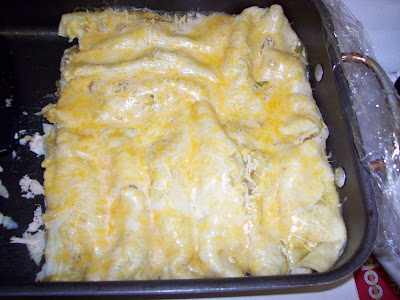 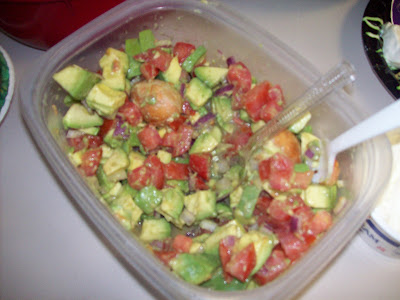 I wish I had taken better pictures of Anna's food, but she got there last minute and everyone was hungry and so was I!

And now pictures of some co-workers and me.
Angelica and I sharing a moment after stuffing ourselves. I think that's why we're both smiling! 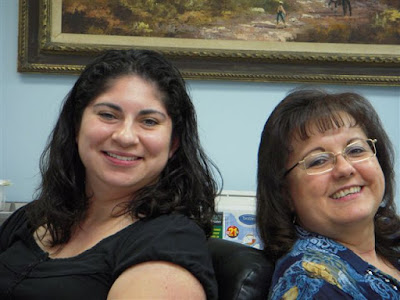 And here's Mary, waiting patiently for 5pm and time to go home. She looks fed and happy too! 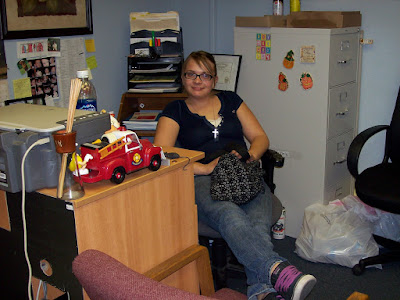 Anna brought her father in law to share the meal with us. He was such a nice man and he really loved the food, he had compliments for everyone!They're sitting at my workstation and I have some more pictures to post of that later. We had a great time and sent pictures to our corporate office. The President of our company sent us an Atta-Boy and said it was nice to see us getting involved. 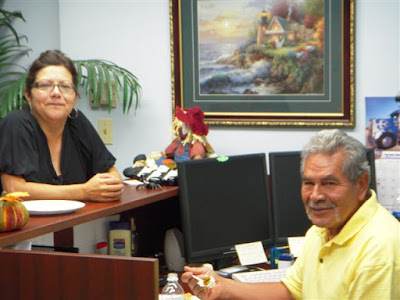