The Journey...not the Destination 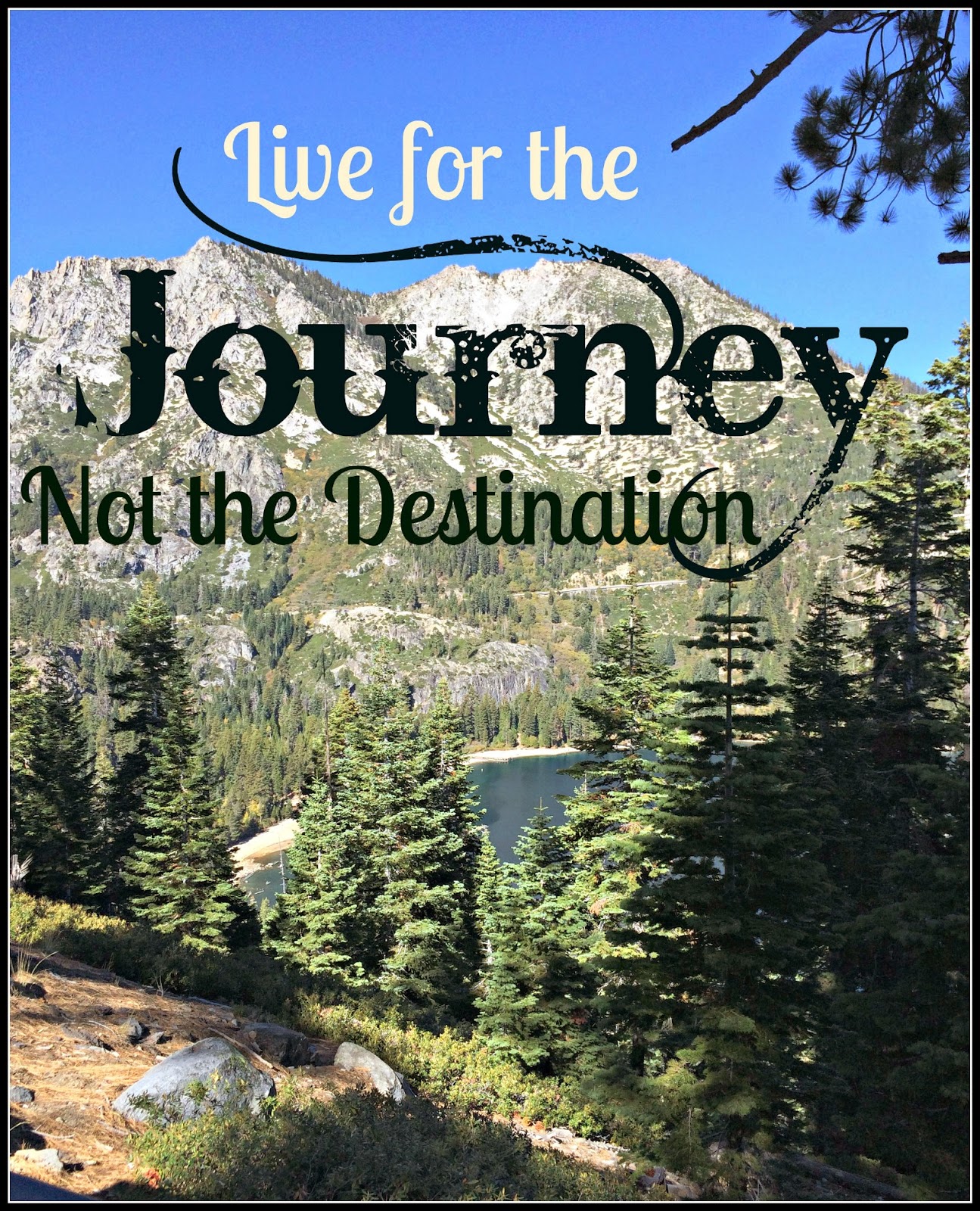 Road Trip! Nothing makes me happier than a Road Trip. When we were kids mom and dad used to pack us up in the car on a Sunday and just take off driving. I don't think they had an actual destination in mind, they really were just driving aimlessly on an adventure. I loved those trips, loved being in the car with all the people I loved best; reading, singing, joking, fighting, crying.

It wasn't the destination. It's not like we knew we were on our way to Disneyland and the fun would commence once we got there, we knew that the fun was the journey and the adventure and what we would see and experience along the way.

That feeling of just taking off and driving has stuck with me and recently my sister Lisa and I took a road trip. We did have an actual destination in mind, but the day we left we had no where to be and no set time to be there so we just winged it and took the road less traveled on our little adventure.

We spent the whole time talking and laughing, complaining and whining and yes...even shedding a few tears.

That first day on October 9th we headed North on Highway 99. We could have taken the I-5. The men in our lives told us to take the I-5, but have you ever been on the I-5? BORING!!! There's nothing to see on the I-5! I so much prefer Highway 99 and all the small towns and farms and dairies you see along the way.

We made our first stop in Fresno where we wanted to do some shopping. We found a nice shopping mall and let me tell you we dropped some money there. We both needed some things for the weekend and got lucky in finding most of what we needed. Lisa is  not a big fan of shopping but even she had fun.

Then back on the road again. We were starving by this time but we had a plan on where we wanted to stop for lunch.

There's this fabulous restaurant in Turlock that we used to visit often when my daughter April used to live there. It's a Mexican restaurant called Mi Casa and they serve a really unique dish that we had been craving since we had last been there in January of 2010. I know because I wrote THIS BLOG POST about it.

So we sucked it up and waited until we got there and it was well worth the wait! We ordered a Chicken Molcajete! I'm hoping you will be able to see the video below, it's really small, just 5 seconds. I don't know why I took such a short video but I didn't realize it until it was too late.


A Molcajete is a traditional Mexican Version of a Mortar and Pestle and looks like this before the food is added. It's not normally used as a serving dish but as a tool to grind things such as corn to make corn meal or different spices and nuts. 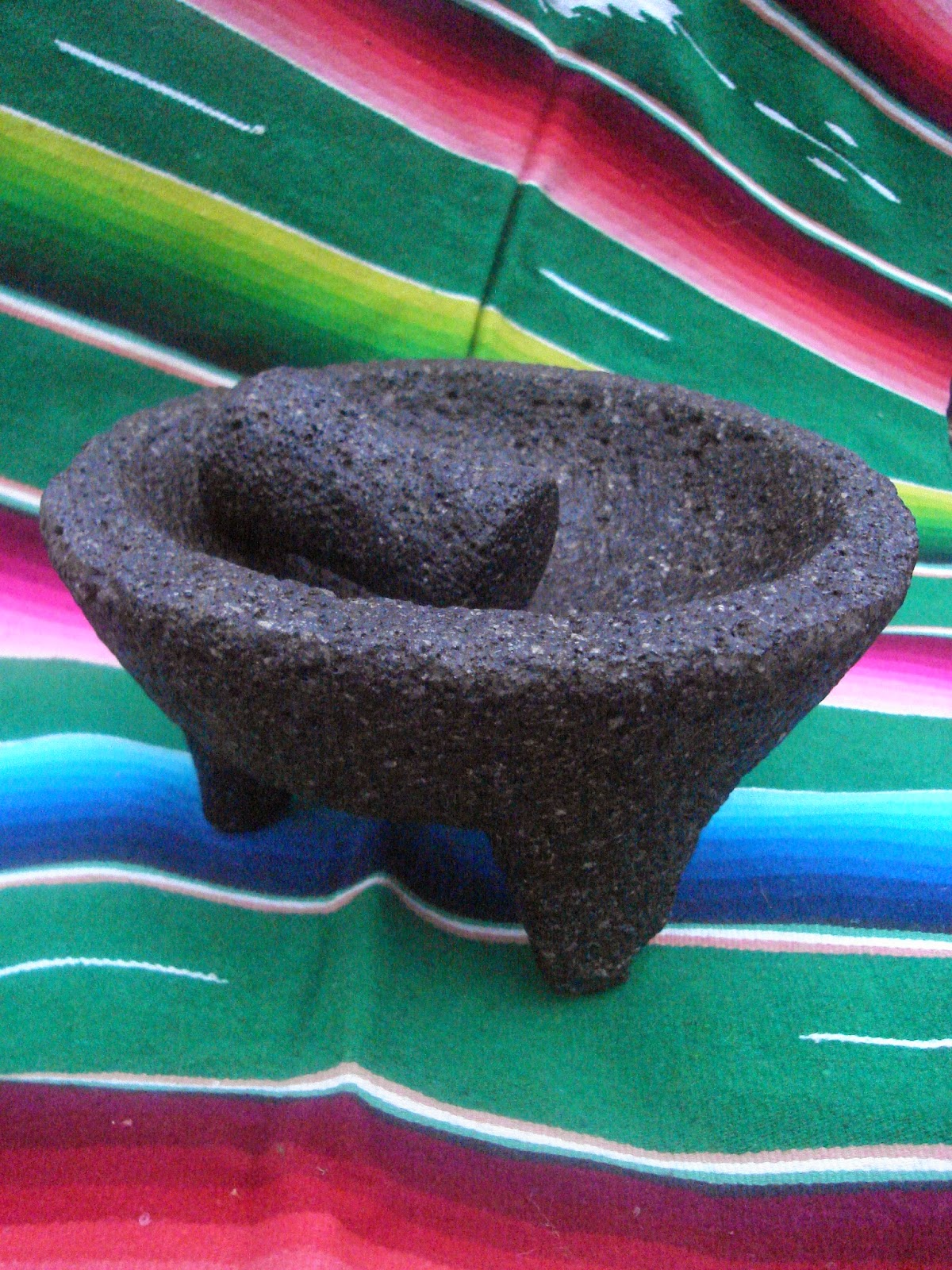 This particular restaurant heats up the molcajete, not sure how they do it but they heat it until its a big hot rock and then they put the food in it and serve it to you. It's still bubbling and boiling and hissing and steaming when they place it in front of you and the heat radiating from it makes you back up real quick! 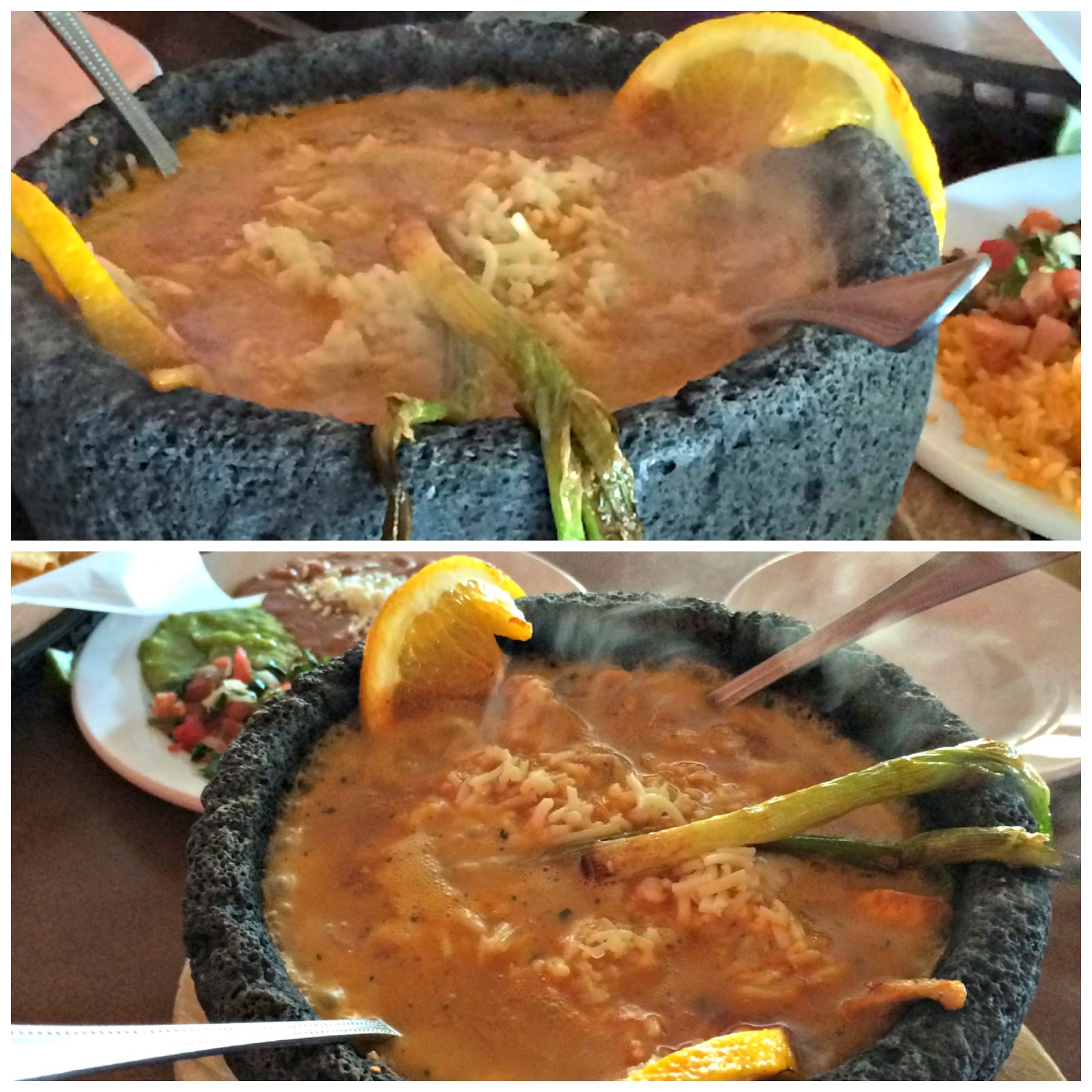 Doesn't that look delicious? Lisa and I shared one and it was way more than enough for us. Alongside they serve a big plate with refried beans, Mexican rice, guacamole and Pico de Gallo, you can see that plate in the background on the bottom pictures. Then a basket filled with flour tortillas and we were in Heaven! My mouth is watering right now just typing this!

Because we were on the road I didn't want to order a drink but Lisa had one since she was just the co-pilot and I took a couple of sips. It was some kind of Halloweenish drink supposed to be Vampire Blood or something, I don't remember the name of it, but it was super yummy and we of course had to take pictures in front of the restaurants sign inside. 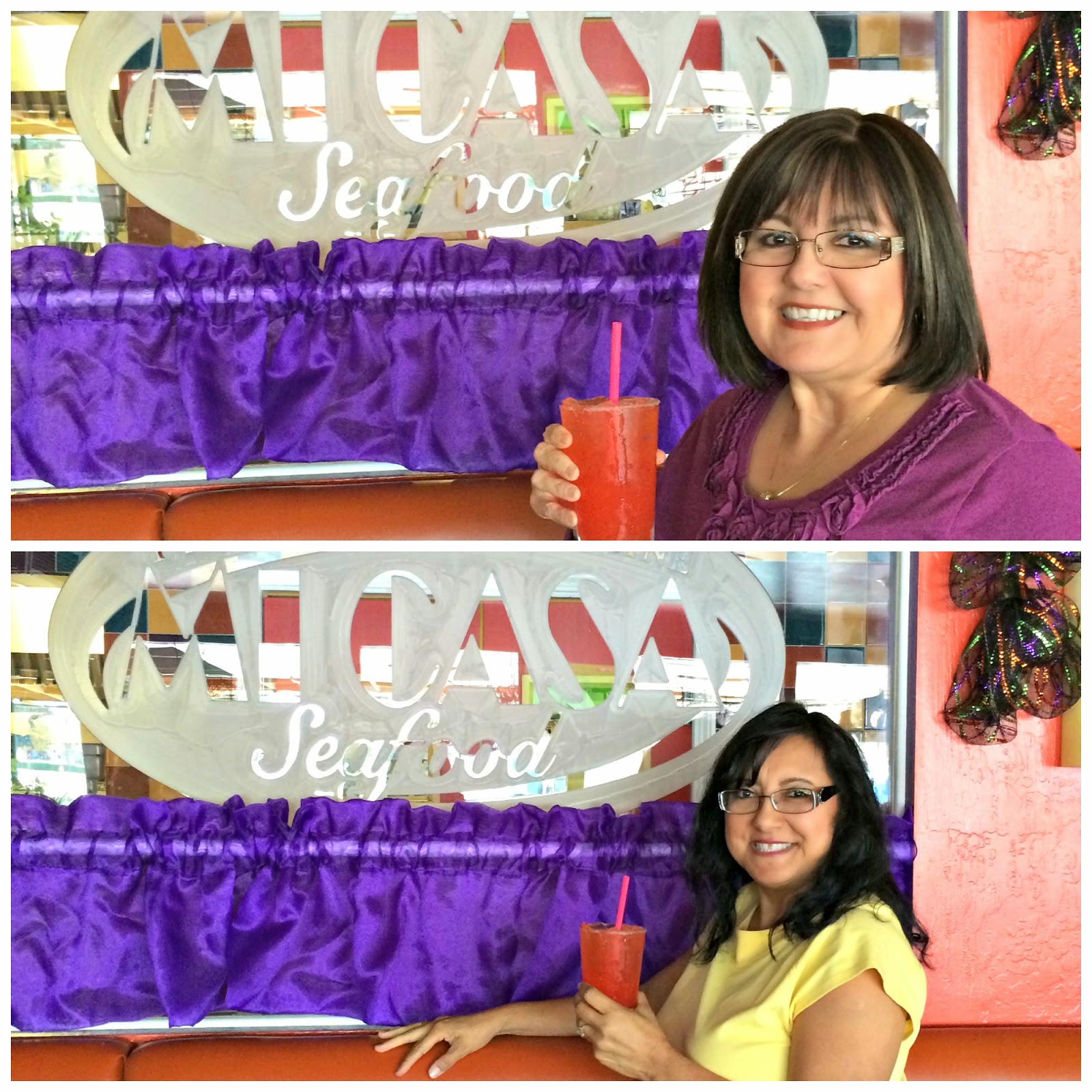 We took a little tour around the small town of Turlock, it's a beautiful little town and we reminisced about our times there with April and my mom who always went with us because she missed her granddaughter. It was bittersweet and we marveled at how we leave little pieces of our lives in so many out of the way places.

This is it for Part One of the Road Trip and I'll leave you with a picture of where I woke up the next morning to see if you can figure out where we're headed! 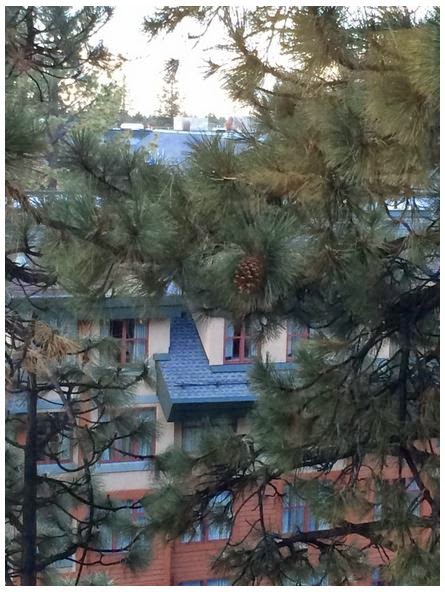