"Damn it to hell, Kurt! Set the table!"
"Don't swear like that, Adele. And don't get so agitated. this is not a formal dinner."
I stuck my tongue out at his back. I set the table and looked at it critically: no silver, no fine porcelain. The secondhand bride had not merited an elaborate trousseau.
He stayed planted by the window.
"Where are they? Did you tell them six o'clock?"
"They had to bring Russell to the station first."
"I'm wondering when I should put the souffle in the oven."
"You should  have planned a simpler menu."
"Albert Einstein is coming to dinner! Of course I'm going the whole nine yards!" 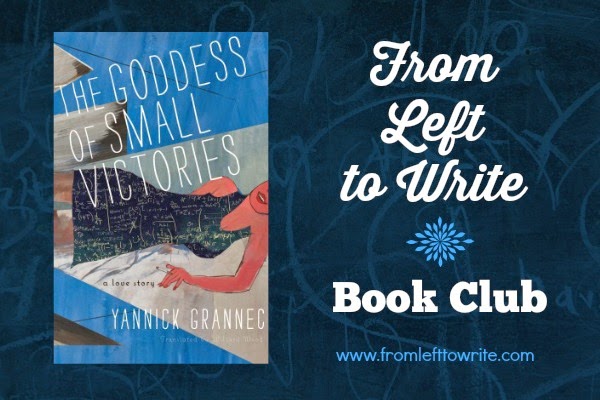 
In the excerpt above from the book we find Adele, the wife of the famous mathematician Kurt Godel preparing to host a dinner for Albert Einstein!

Can you just imagine that? Having dinner with Albert Einstein? Not only having dinner but hosting a dinner and doing all the cooking yourself?

I do remember when I was dating my now ex-husband that I invited him over so that I could cook him a traditional Mexican meal. He requested Enchiladas, Rice and Beans. I think that is probably more traditional to Caucasians that visit Mexican restaurants but as Mexicans that's not a normal dish that we eat all the time, at least not in my family.

But I tried. I don't remember if I made a homemade enchilada sauce or if I used a canned one. I think I probably just used the red chile powder that my mom would poo-poo as not authentic, but the enchiladas were ok. What I really didn't get right was the rice. I don't think I had ever made Mexican rice by myself prior to that time, I always just watch my mom and stirred the pot when it was needed.

My rice was disgusting! It was crunchy and under-cooked. It wasn't the beautiful orangy color that Mexican rice is supposed to be. Mine was more the color of dried blood. But to give credit to my then boyfriend and future husband/ex-husband, he ate it and said it was the best thing he'd ever tasted. I guess that's the reason I married him.

This started me to thinking about who I would invite to dinner if I could have dinner with just one person living or dead, and family and loved ones were not allowed.

So many people came to mind. Mother Teresa was first, Elvis came to mind too. I thought about John F. Kennedy and Joan Rivers, but then I remembered that a long time ago when I was a teenager my dad took us on a summer vacation trip to visit his mother and father in Santa Maria, California.

At that time we lived about 350 miles away from them, so that was a pretty long car trip for us. My sister and I usually took a book to read and when we got bored we terrorized our little brother Freddie who sat in the middle of us in the backseat.

I remember on this trip that I took a library book, a biography of Cesar Chavez, labor leader and farm worker advocate and founder of the UFW, United Farm Workers. It was a very interesting book and I was learning a lot about Cesar Chavez and his movement to unionize farm workers to provide better working conditions and fair wages, especially since Mr. Chavez believed in justice through non-violence.

I remember asking my dad about Cesar Chavez. My dad at that time was a farm foreman and was in the thick of dealing with the UFW. He scoffed when I mentioned how I admired Mr. Chavez for his justice through non-violence and named several things that had improved under his leadership like clean water and bathrooms for the farm workers. Breaks and lunch hours.

My dad in the meantime, like many other farmers and farm foremen had been dealing with the violence of the UFW during the picketing and rioting of the Huelgas (Strikes) and the strong arm tactics of the thugs that were the hired guns for the UFW. What my dad was telling me, what he had seen and experienced was totally different than what I was reading in the book.

I think it would be so interesting to sit down to dinner and talk with Cesar Chavez. I do believe in my heart that he did want to change things and to do it without violence. I also believe that he did many good things and brought about change and gave a voice to many.

It would be even more interesting to sit down with Mr. Chavez and my dad and listen to both of them talking about their experiences and what they saw and how they viewed the Farm Labor Movement. One thing I do know is that if I had both of these gentlemen over to dinner and I was in charge of making the meal I definitely would not make Enchiladas, Crunchy Rice and Beans!