Who Do I Love?

You know who I love? Ann Curry. For those living under a rock that have never watched TV, Ann Curry is the News Anchor on my favorite morning show, which airs on NBC...The Today Show. 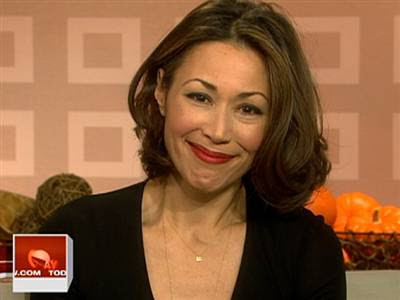 On Friday, September 19, 2009, NBC aired an interview which Ann Curry did with the president of Iran, President Mahmoud Ahmadinejad. I didn't get to hear much of it as I had to head to work, but today I went to NBC's website and listened to a little bit of it and then just read the transcripts instead as it distracts me to hear the President talking and his interpreter talking as well. 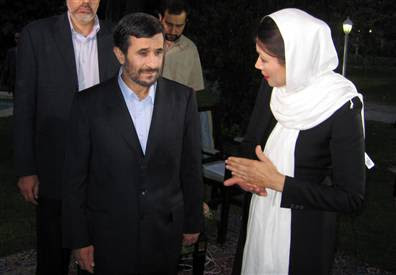 She asked some very valid and brave questions and to me got a lot of avoidance and double talk by the president.

It is not only because of this interview that I think she's brave or that makes me love her. But because of many other interviews she has done. She's also had some daring adventures. Last year in November she made it to the absolute end of the earth after trying for eight days. Ann made it to the South Pole and at 1am New York time she did a live feed by satellite in which she said,

“We can feel the altitude,” Curry reported. “I can feel all the moisture on my face freezing as I’m speaking to you. We’re the first NBC News team to make it to the South Pole. We’re feeling really lucky. The sun is shining. It’s absolutely beautiful here. It’s flat. Lots of great people. We were actually, if you can believe it, greeted by ‘Welcome Ann’ signs. I can’t believe that.” 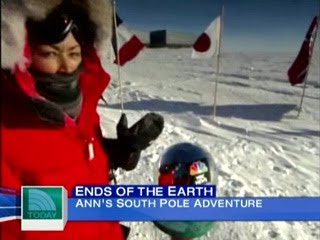 Ann also cut her hair...for charity. Ann grew out her hair specifically for the reason of donating 10 inches of her beautiful, gorgeous, jet black hair to Locks of Love, the charity that makes wigs for children who've lost hair because of alopecia. There's a beautiful video of Ann, her daughter, and her daughters friends as they all donate their hair and you can see it here.

For so many reasons, I love Ann Curry. She always gets my day off to a great start and she's my hero!

Email ThisBlogThis!Share to TwitterShare to FacebookShare to Pinterest
Labels: Alopecia, Ann Curry, Locks of Love, Who do I love?