Have you heard about a new campaign headed by the United Farm Workers called the Take Our Jobs Campaign? Due to the current high unemployment rate many are saying that the undocumented workers currently doing farm work are taking jobs away from unemployed Americans. Undocumented workers and the United Farm Workers are inviting Americans to come "Take Our Jobs"!

Well I'll be quite frank...this is one American that doesn't want those jobs. Of course I have a job I love, but if I didn't have a job...I still wouldn't want to work in the fields. I know this from experience. 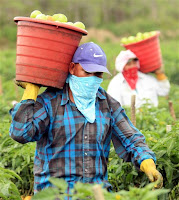 During my high school years, which was not so long a long time ago; I worked in the fields during the summer months. My dad was a farm foreman for John Elmore Farms in the Imperial Valley and he would have my sister and I, accompanied by my mom work doing various farm labor jobs.One of these jobs was picking tomatoes.

I would get up at the crack of dawn and put on my work clothes. They looked much like the clothing you see on the workers in the photo here. Long sleeve cotton shirts to keep your arms from burning, oldest pair of jeans and shoes and a handkerchief to either wipe away the sweat, cover your mouth to keep from breathing in dirt and bugs or to blow your nose! 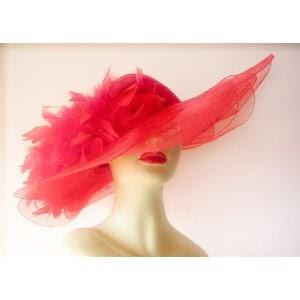 My hat of course was much more fashionable than the ball cap the worker is wearing. I had something more befitting my stylish teen sense of fashion. Something more in the range of this hat. In fact almost exactly like this one!  All right, so maybe my memory is a little rusty, perhaps it was actually a stylish wide-brim straw hat, but still love the hat in the picture, don't you?

So we would all get in my dad's truck with our thick plastic gloves in hand and head out to the tomato fields. 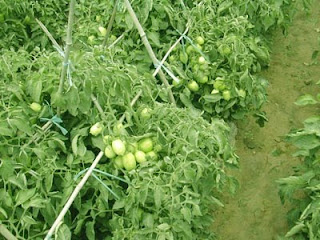 When we first got there and headed out into the rows upon rows of tomatoes it was actually pretty glorious. The sun was just coming out, the dirt was still moist and smelled of clean wet earth. The air was sweet and cool and it was so delicious to breathe it all in after being cooped up in the classroom for the whole school year. Yes...the early mornings were great!


Ahhh, but the rest of the day...the rest of the day was not so perfect. We each would get two plastic buckets which would probably weigh 50lbs each when filled with green tomatoes. We would head out into the field, hand-pick enough tomatoes to fill both buckets, then we had to carry the buckets; one in each hand (100lbs total) out to the end of the row of tomatoes to the waiting tractors which hauled two trailers each.

The tractor driver who would stand by the trailer would take your buckets and dump them into the trailer. You would then hand him a little card with numbers on it from 1 to 500 and for each two buckets you brought up to him he would take a punch stamp & poke two holes through the numbers. Then back out to the field you would head again. Over and over! At the end of the day you gave the cards with your name on them to your crew pusher who would turn them into the boss and that is how you would get paid. 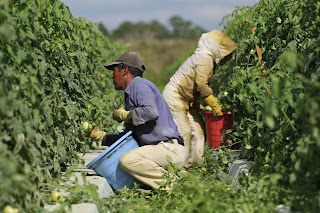 This was in the Imperial Valley, where on a good day it was under a 100 degrees, but mostly it was 105 to 110 with high humidity. By ten o'clock it was hot, humid, sticky. You were covered with dirt, sweat, bugs and green tomatoes are highly sticky! You would be dead tired from walking in and out of the fields with those buckets of tomatoes, 100lbs at a time. Your back and knees would ache from squatting to pick the tomatoes off the plants. All you wanted was to go home, take a shower, get some sleep then start all over again the next day.

I now remember those days fondly because I was out there in the fields with my mom and my little sister. I got to watch what my dad did as a farm foreman. A lot of the kids I went to high school with were out there working for the summer so we had fun.

But we didn't have to pick tomatoes because our lives and the lives of our children and loved ones depended on it. We didn't have to pick tomatoes to pay the rent. We picked tomatoes as a summer job so that we could see what it was to work hard so we would stay in school and get an education so we would never have to do field work for the rest of our lives.