Several years ago I had a Betta Fish named Dallas. I loved Dallas. He was such a good fish. He just swam and watched me. No judgment, no demands. Nope, he was perfect. But alas, I killed poor Dallas!

I didn't do it intentionally. No...we had a bad case of fleas in the apartment where we were living. So one day I decided to take off for the weekend in order to bug bomb the apartment to kill the fleas. I removed and covered all the food and dishes as is suggested on the label. I opened the cabinets, cupboards, and closet doors. I covered furniture with newspapers. I did everything except take little Dallas out of the room. I left him there...all weekend; swimming in poisoned bug-bomb water!

It was a horrible sight to come back after the weekend and see poor Dallas belly up in his little fish bowl! We gave little Dallas a fine burial at sea, (if you know what I mean). I never replaced poor Dallas, but lately I've been thinking about how beautiful he was and how relaxing it was to just sit and watch him swim back and forth. I even enjoyed cleaning his slimy little home.

So what Iwanna this Iwanna Wednesday is a new Betta Fish; Dallas the Sequel!

Dallas the Original was sort of bluish-purplish. But there are so many different colors of Betta Fish, sometimes known as Siamese Fighting Fish.

Take a look at the coloring on this one. I can't tell if it's jade or turquoise or seafoam green! But it's so pretty and Iwanna one just like it. Love the whitish ends of the fins/flippers/wings...whatever. 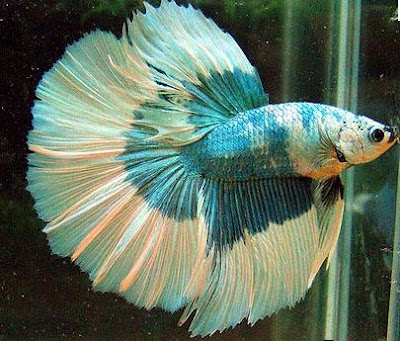 But maybe a beautiful blue one. I really love then little pincher ends of the fins/flippers/wings on this one. They remind me of those pincher bugs aka Earwigs. 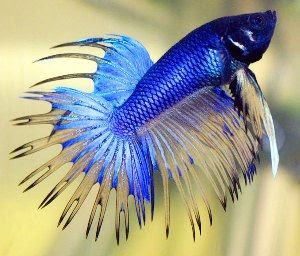 But I've already had a bluish-purple Betta so maybe just go extreme with a bright RED one! This one looks like he's wearing an elegant, red salsa dancing dress! 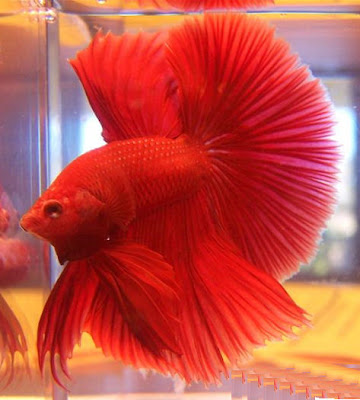 I love the shininess of this one. He's almost glow-in-the dark Neon isn't he? All glittery and all. Iwanna one of these. I wonder where I can find one? 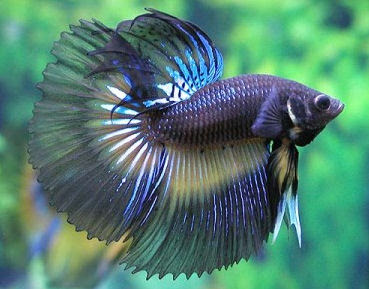 And of course Iwanna and Dallas the Sequel will wanna a new home too. Check out this one. Is this unique or what? Kind of a pewtery/silver color. 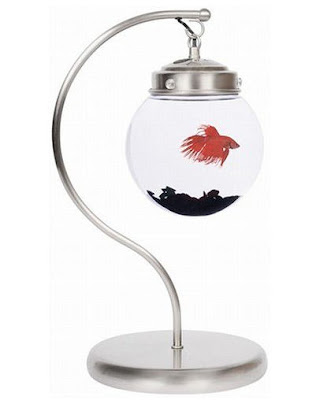 But Iwanna this one also. This one is soooo unique! I just don't know if there's enough swimming room with all the long beautiful fins/flippers/wings that Betta's have. 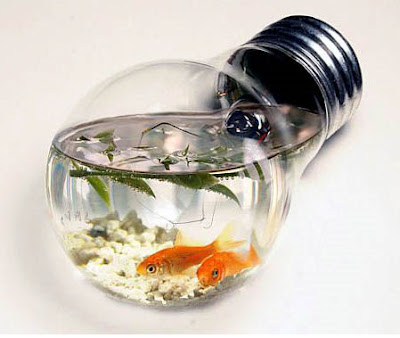 Ahhhh, and as Goldilocks said....This one is just right! Lots of elbow room :-)
Gold with little curlicue things decorating it. And seeing how beautiful that little guy looks inside maybe that might be the perfect color for my new Betta. This is one Iwanna Wednesday wish that will probably be fulfilled this weekend. I'll let you know! 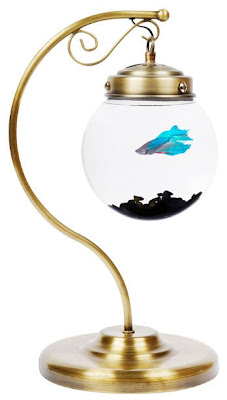 So what about you? Have you ever bug-bombed a loved one? And what color Betta is your favorite?
Happy Iwanna Wednesday!