So I'm sure you're all wondering how my first low carb/high fat Thanksgiving went and did I stick to the plan. I'm happy to announce that I sure as heck did!

Of course it's not that hard to stay low carb on Thanksgiving because the main event of the meal are pure protein. 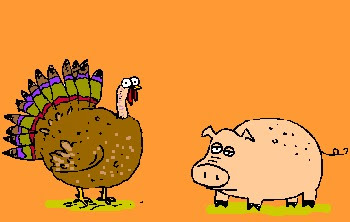 But those side dishes!!! Mashed potatoes with gravy, rolls with butter, dressing made with cornbread and/or bread, pumpkin pies, breads, rolls!

Luckily I have help in my WOE (way of eating)! My mom made for me a special low carb stuffing alongside the regular stuffing she made for the rest of the family. As luck would have it I did not get a picture of it, but she took the ground beef she had browned and put about two cups into a separate pan. She added chopped bell pepper, green onion and celery. When I saw what she was doing I gave her a big hug and then I added some chopped cauliflower. She added the chicken broth and when it was almost done I added about a cup of chopped pecans! It was delish and I didn't even miss the bread! It had a nutty rich, crunchy texture and that wonderful bell pepper/celery/green onion taste that I love!

I also made a low carb version of cranberry sauce, this one from Gourmet Girl Cooks. It's a Cranberry Orange Coconut Sauce. Her picture is much prettier than mine, but it still tasted delicious! Some of my family members that swore they did not like cranberry sauce tasted it and loved it. 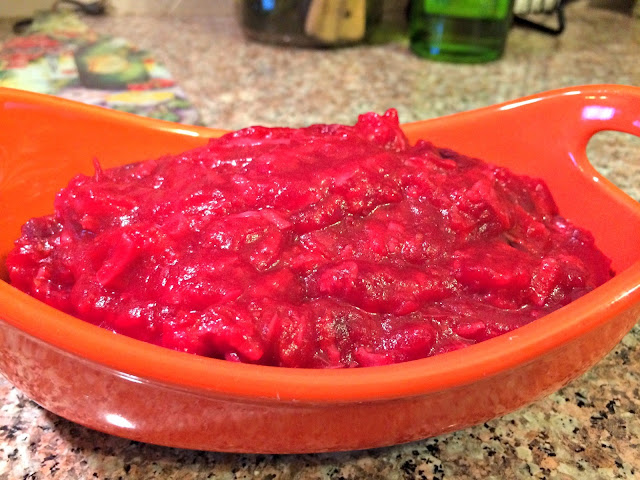 As I am not one to love feeling left out I made a low carb pumpkin dessert for me to enjoy while the rest of the family enjoyed the regular pumpkin pies that I made. The recipe for this I found on the most awesome low carb site ever!!! Linda's Low Carb Menus or genaw.com 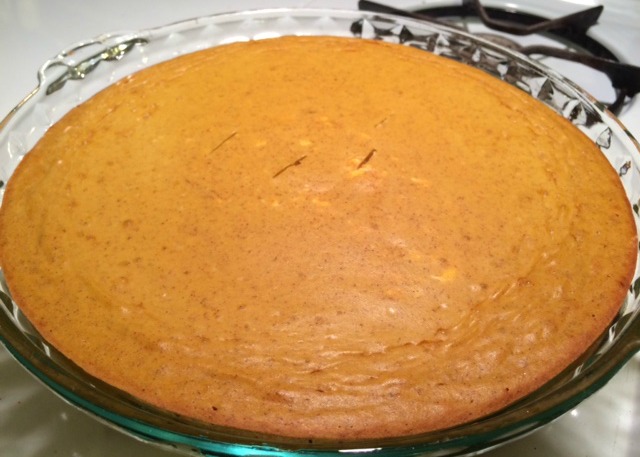 This website is a staple for almost all low carb eaters. I've enjoyed many of her recipes and they always turn out perfectly! The recipe I chose was Jody's Pumpkin Bake and it was better than real pumpkin pie! Again, those that tasted it had a slice of this instead of the regular pumpkin pies I had baked. I added a dollop of whipped cream and then had the bright idea to top it with slivered almonds which gave it a delightful crunch and a nutty flavor! 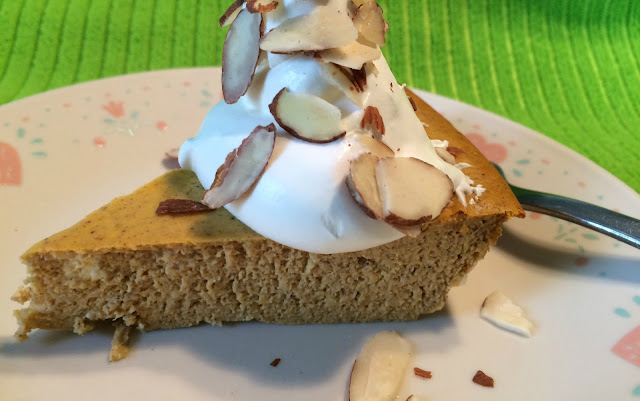 So these dishes along with some green beans sauteed in bacon fat with almonds were so satisfying that I didn't even miss the rolls or the mashed potatoes. I had planned to make a cauliflower mash but time got away from me and it's hard to make room in a kitchen when there was already so many other foods being prepared.

So it was a great Thanksgiving spent with family and I'm glad I didn't give in to temptation, in fact, I wasn't even tempted! Now we'll see how I cope with Christmas as that is when we make and eat Tamales and it's really hard to find a low carb method of making those since three quarters of the tamale is made with corn masa. But I'm not worried, I'll figure something out!