Recently I noticed something has changed in the way that I read books and I’m wondering if it’s changed for you as well or if it has and you just haven’t noticed it yet.

***Note - You Kindle people will laugh at this post as you've been doing what I'm going to talk about all along, but humor me ok?***

I notice it now that I am reading The Underground Girls of Kabul for my online book group, From Left to Write, but I believe it started with a book I read about two books ago called Revolution by Jennifer Donnelly.

The story in the book Revolution is set mostly in Paris and in the book, (which is quite descriptive) the main character Andi Alpers visits many places in Paris that I have never seen, since I've never been to Paris!

The description the author gives of the places is very detailed but at one point Andi is in the Catacombs of Paris and she’s describing what she sees and I just can’t picture it, no matter how well it is described. Plus it's really making me curious to know exactly what she's seeing.

Since I was on my lunch hour at work when I read this portion and sitting in front of my computer I Google the Catacombs of Paris and found the official website Les Catacombes. I was mesmerized by the photos and suddenly I felt like I was right there, in the Catacombs with Andi!


There was even a photo to the Entrance to the Catacombs which Andi waits at and describes in the book.

Later on in the book Andi is out touring the city with her love interest in the book and they sit to eat and he pulls out a dish his mother made him for lunch called Bistilla, which is a Moroccan Chicken Dish. She mentions how it is her favorite dish and she used to eat it back in the states in New York and they made it with raisins and cinnamon. A dish with pastry and chicken and raisins and cinnamon caught my attention, so I Googled that as well and found a great picture and a recipe.


I could go on and on naming things that I didn't know of in the book or was just interested in, like the history and paintings of various kings and queens she mentions in the book. It was just so much more fun and educational to look up all these things while I was reading! It helped me to be in the moment, in the book, with Andi! That is something that I had never experienced before!

So now I'm reading The Underground Girls of Kabul and first thing I did was search for Afghanistan to see where it was in relation to Iran and Iraq and to the United States. Have you heard the country western song by Alan Jackson called Where Were You (When The World Stopped Turning)? I've provided a youtube video so you can listen to the song, it's beautiful and it's the song Alan Jackson wrote in the wake of the September 11 terrorist attacks. Here is a portion of the lyrics that I've heard several times but never really thought of them:


"I'm just a singer of simple songs
I'm not a real political man.
I watch CNN but I'm not sure I can
tell you the difference in Iraq and Iran.
But I know Jesus and I talk to God
and I remember this from when I was young,
Faith, Hope and Love are some good things he gave us
and the greatest is Love."

I realized that I too don't know the difference between Iraq and Iran or where Afghanistan is, so I googled it! Now I had a frame of reference and while I was reading about the history of Afghanistan and some of the places the author mentions I was able to see it on the map. It was a whole new way of reading a book and opening my eyes up to the world!

I think of all the books I have read in the past where I really just used my imagination, which is also a great thing and I'm sure I will continue to do so when an author is speaking of something that can't be googled, but I missed out on so much in not being able to just have the world at my fingertips for all those books! Things will be changing now! 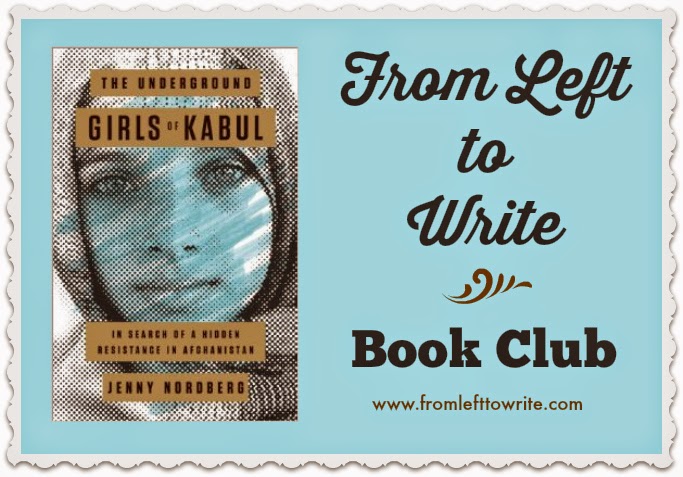