The Red Bird of Paradise

Yesterday I did a post about a man that was so enchanted by my Arizona Plant that he stole a bloom from it. We've always just called it the Arizona Plant, but it actually has a name. My cousin Norrie who lives in Arizona City...and c'mon, if you are going to live in Arizona isn't Arizona City the best place to live?

Turns out that the Arizona Plant I have is called "Red" Bird of Paradise or more formerly Caesalpinia pulcherrima.

So I went out this afternoon and took a few pictures of my Arizona Plant aka Red Bird of Paradise so you could see it close up. 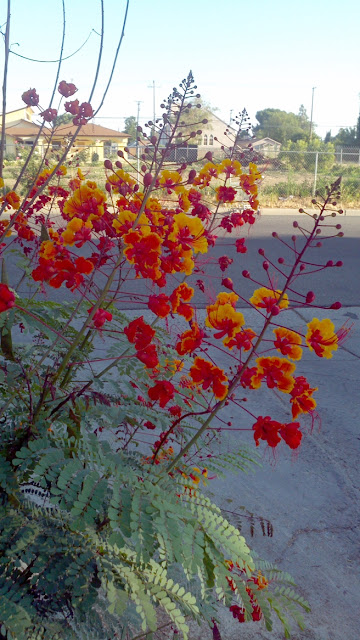 My sister says that mine isn't blooming as well as hers because mine gets quite a bit of water when the grass gets watered, while her's is in a place at her home that hardly gets any water at all. These plants are pretty drought resistant which is probably why there are so many of them in Arizona. 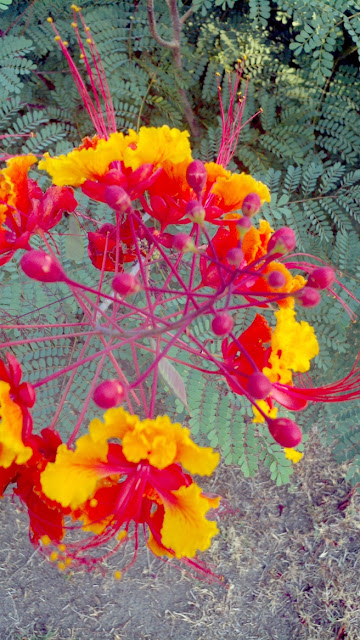 Check out the colors......BEAUTIFUL right? I did a post in August of 2009 with lots of pictures on my sisters Arizona Plant. You can see them HERE. But here's a closeup picture of hers. 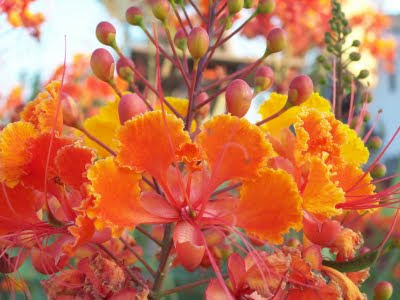