Last night I spent a most miserable night during the annual Reign of Terror. I liken it to the terror all the children from the age of 12 to 18 and their parents faced in the book and movie The Hunger Games.

My little girl just looked at me with sheer terror in her beautiful little eyes and my heart broke and there was nothing I could do because it was out of my hands, the terror that was taking place. I could hold her as close as possible but I still could not save her.  I felt like those parents in The Hunger Game.

I’m talking about Chorizo. My daughter’s Shih-Poo dog that I’m taking care of for the time being. 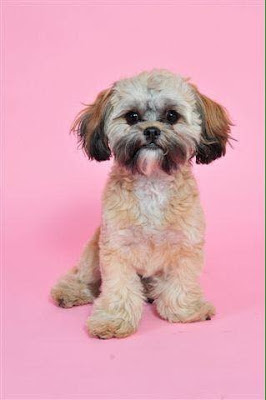 Fireworks are what were terrifying her. It’s been ongoing since July 1st when they open up the “Safe and Sane” fireworks stands. Sane? I almost lost my sanity myself; I can’t even imagine Chorizo’s mental state!

Every single night from about 5pm to midnight you hear the popping and crackling of legal and illegal fireworks.
Our small town celebrates with a fireworks display on July 3rd at the football field about 2 miles from my house. That night was bad but nothing compared to last night!

Last night was a true Reign of Terror. She wouldn’t eat or sleep, I would take her outside to do her business and she would just claw at my leg to try to climb up into my arms. I would have loved it if she had calmed down once she was in my arms but instead she trembled and shook uncontrollably with her tongue hanging out and her eyes almost bugging out of her head. Nothing would pacify or soothe her…nothing! 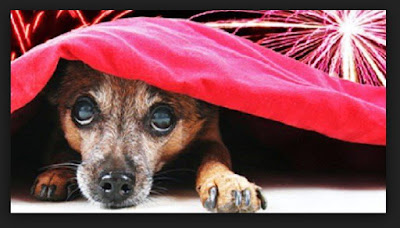 I hate this holiday, I truly do.

Update*** While listening to the news this morning I heard that Kern County Animal Shelter took in 119 lost animals that are not only traumatized from the noise and chaos of the past 5 days but now are homeless and missing their families. Last year they took in 179. It's just madness!
Posted by Alicia at 11:25 AM