Who Do I Love - Mike Rowe 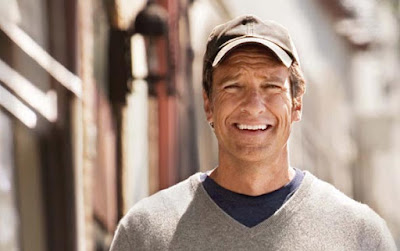 Last night I watched...well I half watched...ok, I one-third watched a new show by Mike Rowe, the man all men want to be and the man all women want to be with! No? You don't want to be or be with Mike? Well I do! Ok, I don't want to be Mike Rowe but I wouldn't mind being with him, he's gorgeous! (My sister wouldn't come near him with a ten-foot pole! Because he's dirty!) But me, I don't mind a little dirt on my man, especially when he looks like Mike! Yowza! The new show he was on last night was the Curiosity Show and his episode was titled World's Dirtiest Man. Go and check it out. Here's what the promo says about the show:

"We shower, we bathe, we apply perfumes and deodorants. We're cleaner and healthier than at any other point in human history. So it may be surprising to learn there are 10 times more things living on you than cells in your body. From the flora of our guts to the fauna on our skin and hair, this episode explores the wildlife park that is the human body in stunning, microscopic detail - combining the creativity of natural history filmmaking with the charisma of Discovery's very own Mike Rowe."

I have to say, the show was a little gross and disgusting. I actually would have watched it all but I had a super busy weekend and no naps on my couch so by 9:15 pm I was falling asleep. If you've never heard of Mike Rowe, then I'm sorry for you. I'm even making a sad face for you right now :-( because he's fabulous. He does a show called Dirty Jobs where he spends a day doing some of our countries dirtiest jobs in order to show us what some people will do and put up with just to give all of us the quality of life we're accustomed to. He spends time in sewers, under houses, on pig farms; you name it, he's done it. So if you get a chance pop over to The Discovery Channel and check out some of his videos.

And just cause I love you all and I want you to drool on you keyboard like I've done just now, here's a short video of someone asking Mike random questions. I don't even know what he said I just sat here drooling and sighing *sigh*.

Hopefully the little link here works and you can see this short video.

Email ThisBlogThis!Share to TwitterShare to FacebookShare to Pinterest
Labels: Mike Rowe, Who do I love?